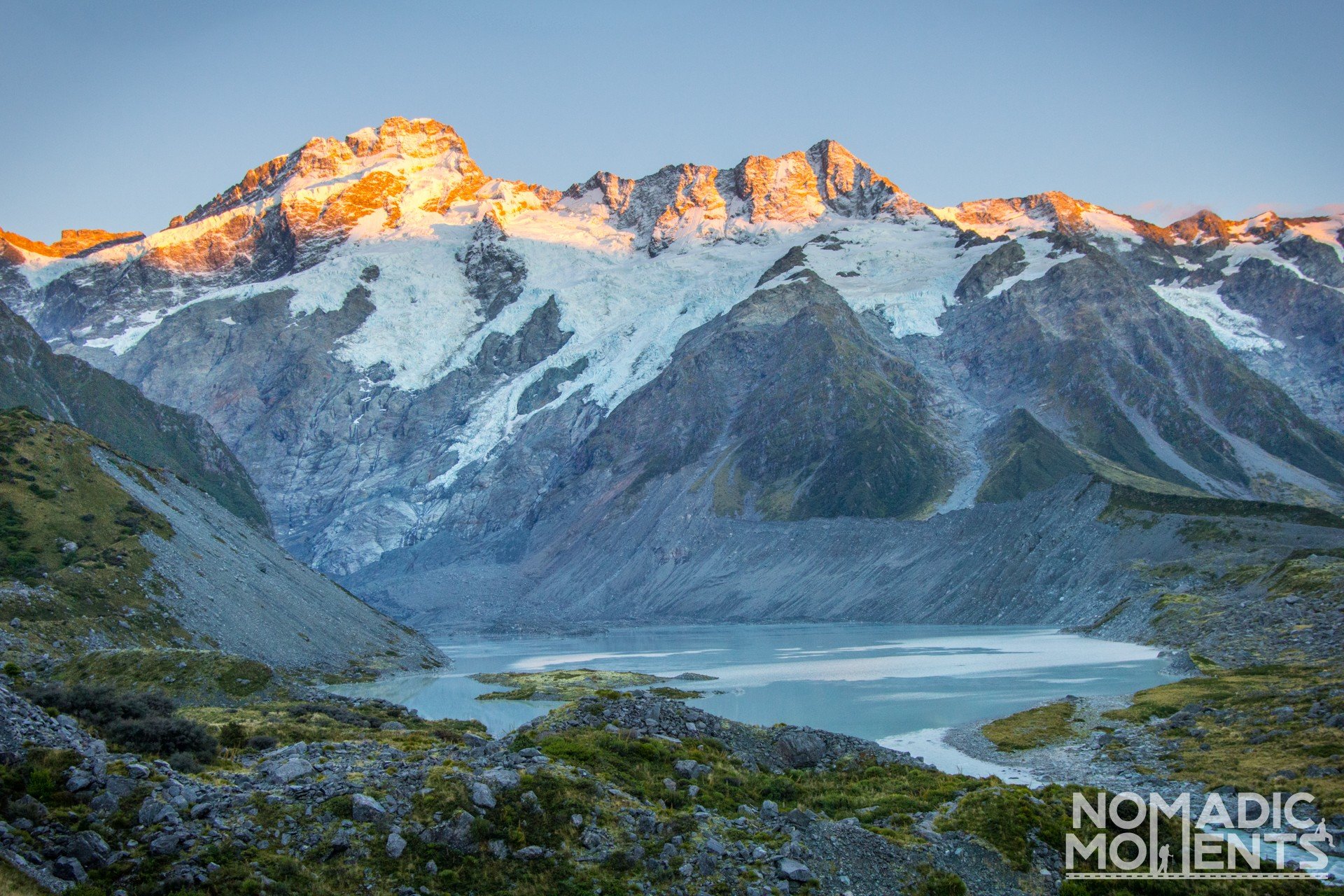 The Aoraki/Mount Cook National Park is made up of stunning glaciated peaks and turquoise blue alpine lakes. This particular lake is known as Mueller Lake and is a highlight along the Hooker Valley Track. The turquoise color of the lake is actually created by the glaciers above. The glaciers slowly grind the rock into a fine silt-like structure that once it is in the lake is suspended in the water. This structure absorbs most of the light spectrum, but reflects the blues. The mineral makeup and amount of this substance, known as Rock Flour, that is suspended within the water gives the varying colors of blues found in glacial lakes.

While my wife and I were hiking this section of the trail we got to hear and see two avalanches on the far left side of the image above. It was really cool! Later on the same day we actually got to see a sudden rock slide near Oamaru. We were preparing dinner on the side of the van when I heard the rumble and quickly snapped the slightly blurry image on the right with my cell phone. I think New Zealand is a little unstable and may be trying to return to the ocean floor. I just read that New Zealand makes up a part of a new continent, maybe it is angry it has been overlooked for so long. 🙂

Sunrise on the Hooker