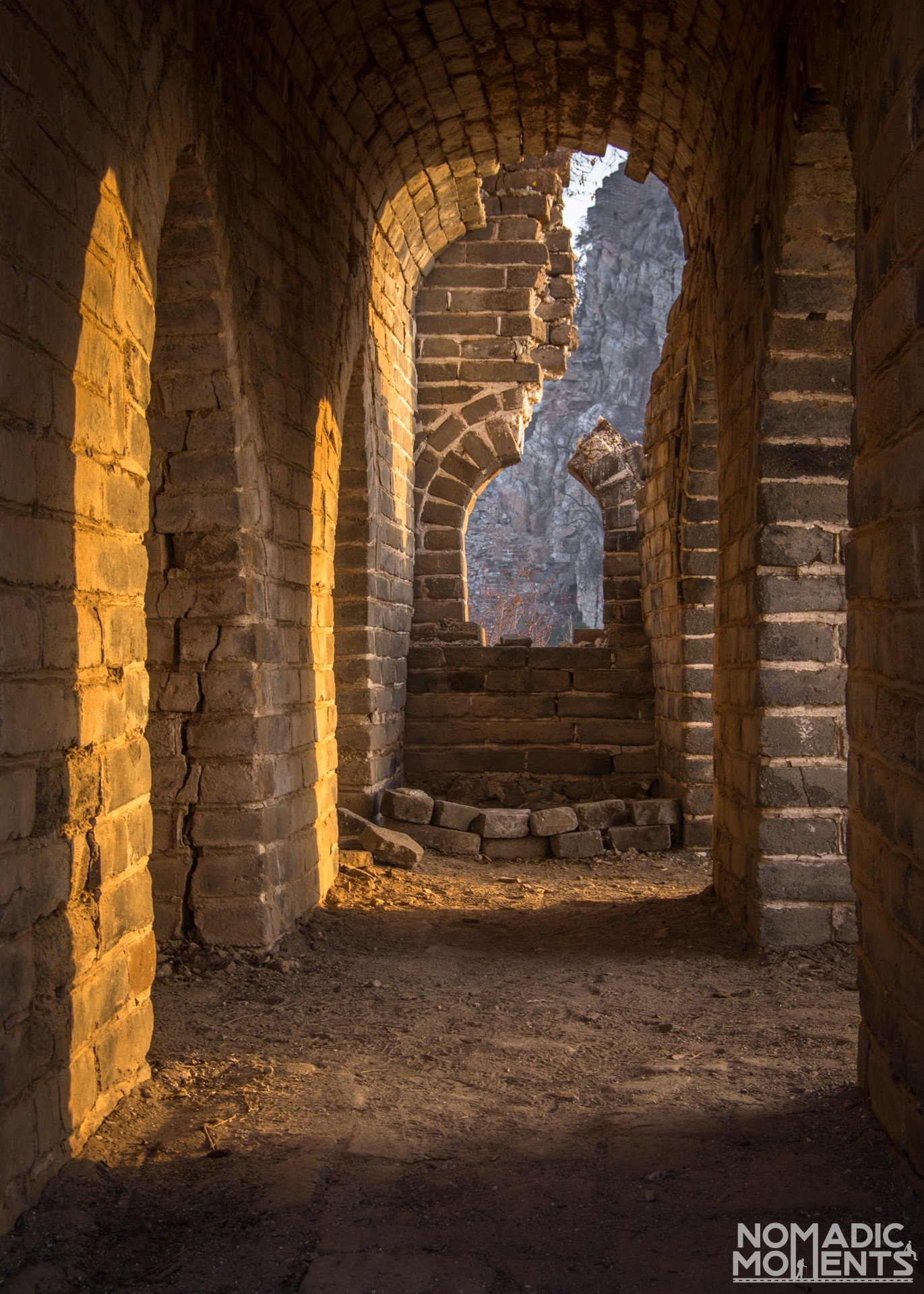 I believe this is the Jiankou Tower on The Great Wall of China. It is hard to know for sure since there aren’t any indicators of tower names along the un-restored sections of The Great Wall. The tower was in fairly good shape and is only one of over 7,000 towers along the 5,500 mile long wall.

It is hard to fathom the amount of man power that was stationed in these lookouts. It’s even harder to imagine the amount of work and ambition of those who planned and built the structures on such rugged mountains.

The Wall of Jiankou

Jiankou – The Most Beautiful and Dangerous Unrestored Section of The Great Wall of China, Part 1