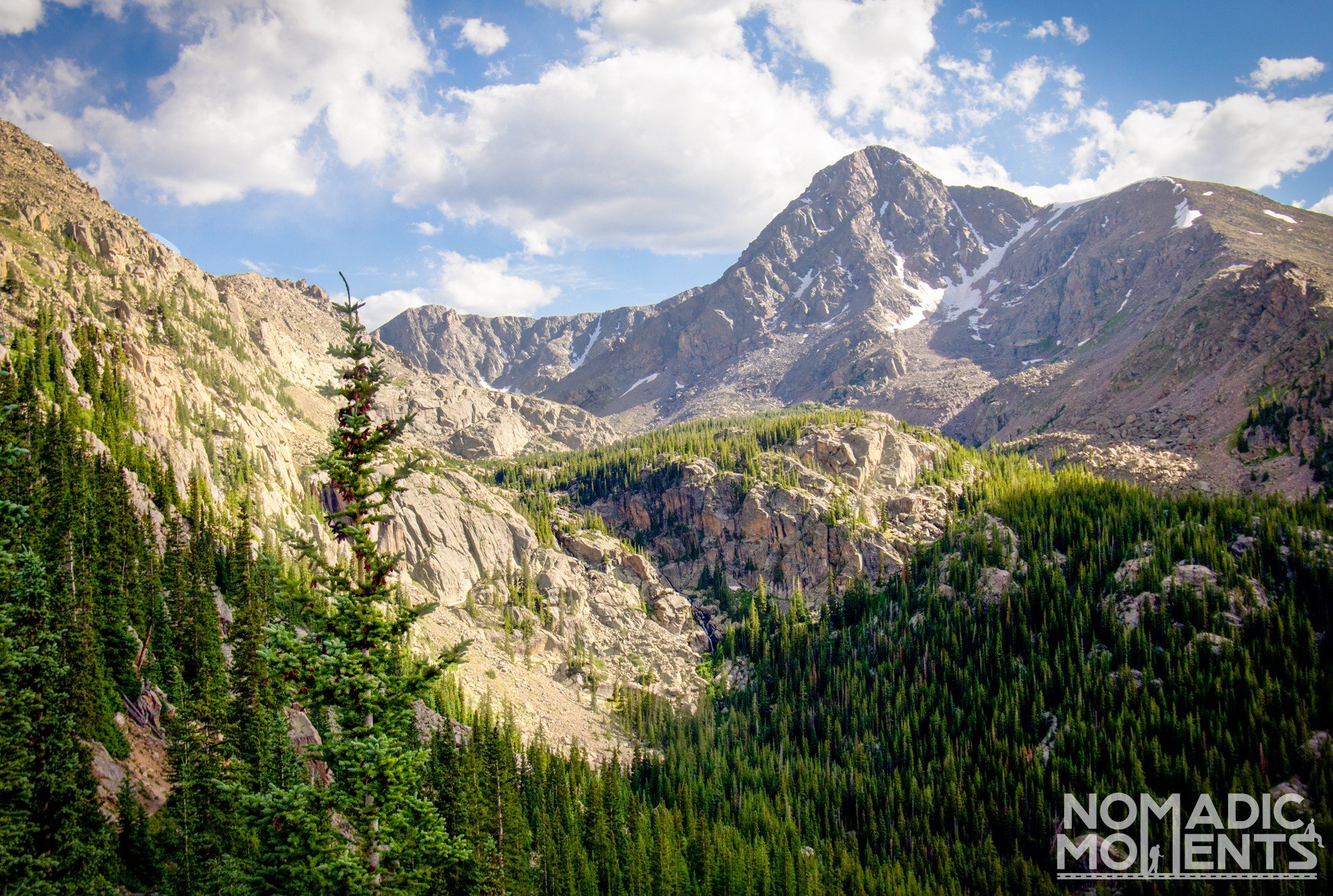 For many years frontiersmen from the western United States told stories about a mountain with a giant cross etched in to its face. It was considered a legend for many years due to its remote location high in the Sawatch Range of the Rocky Mountains. When the first photographs in the mid-nineteenth century made their way back east Colorado’s first tourist attraction was born. Long before ski resorts dominated the tourism industry in the state, visitors came to this region to take in the seemingly “holy mountain,” the Mount of the Holy Cross.

I write this post really wishing I had made my way to the viewpoint on the adjacent 13,000′ Notch Mountain to take in the 1,500′ high cross on the northeast face of the Mount of the Holy Cross. I will get back someday soon to do just that, hopefully. The cross is located on the Northeast face and consists of a Cross Couloir intersected by a long bench. Both of which keep snow in them nearly year round to create the massive natural snowy cross.

The mountain was a National Monument for many years, but lost it’s status when the number of visitors dropped off in the mid-20th century. Today it is once again a popular destination as a result of its 14er status and the Coloradan pastime of summiting these Rocky Mountain highs. It is an amazing 6 mile hike (one way) to the summit. It can be either hiked in one long day or there is a first come, first served backcountry camping area. This is an amazing place to camp although it is one of the wettest places in Colorado and as such the mosquito population tends to explode in this region during the summer. Bring your bug spray! For us they were painfully overwhelming, but they do fall away as you rise above the tree-line.

People actually ski down the nearly vertical Cross Couloir late into the summer months when it is little more than a sheet of ice. Definitely not for amateurs.