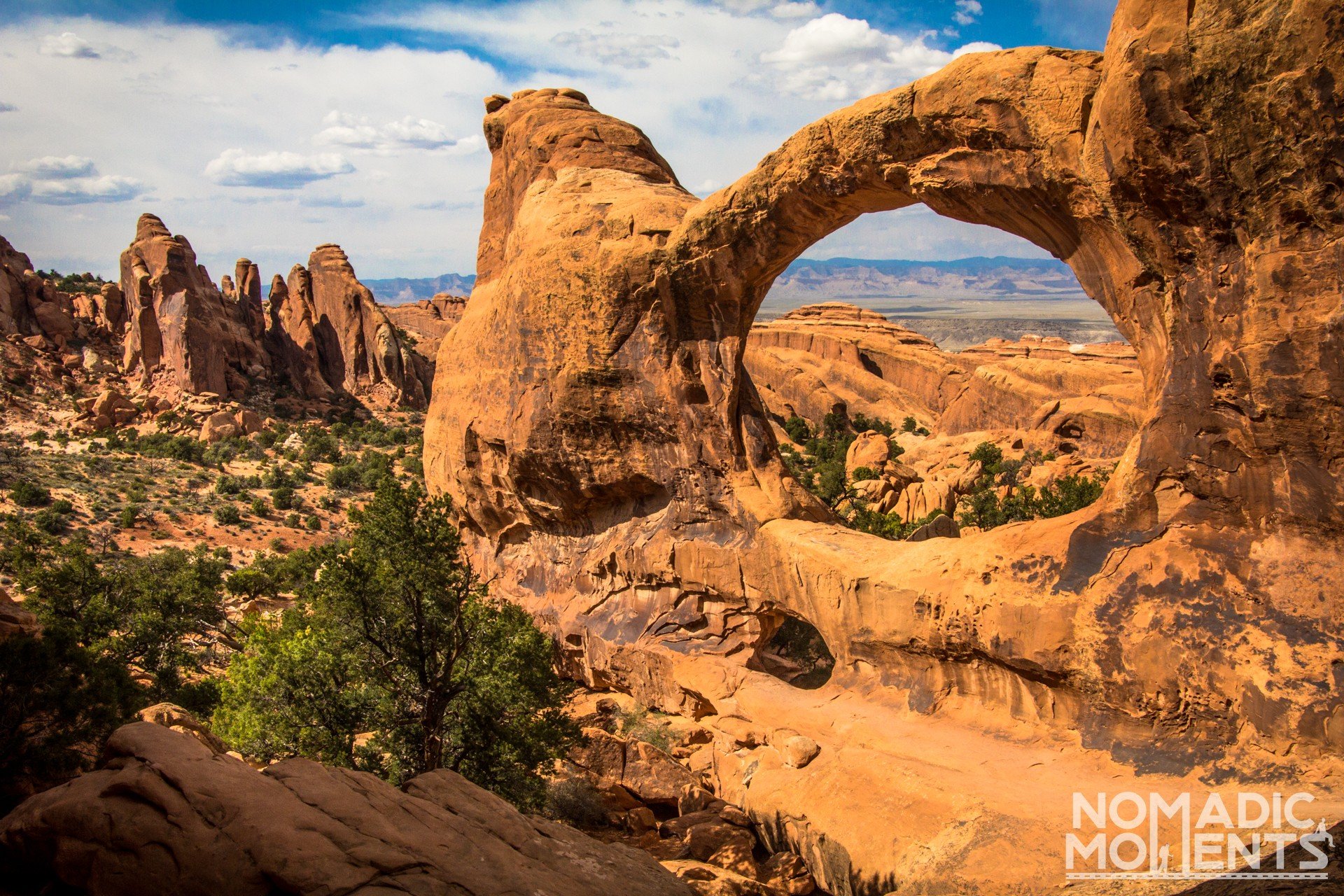 This is Double O Arch, so named because of the two arches stacked one on top of the other within the same rock fin. The top arch is obviously the larger of the two and has a 70′ wide opening. The lower one is substantially smaller, but you can relatively easily climb through the lower archway’s opening. This is how you reach the vantage point from which I took the photo.

There aren’t too many long hiking trails within Arches National Park, but the hike too this arch and then around the Devils Garden Primitive Loop will take you 7.2 miles through some of the most varied and breath-taking terrain accessible within the park. You get to see a staggering eight arches on this loop trail.