The Great Wall is 5,500 miles long so unless you are planning a rather long vacation than you are going to have to narrow down where you want to go. I did extensive research before traveling to this “wonder of the world” and found that visiting Mutianyu was the best spot for getting the most out of a trip to The Great Wall.

Reasons for visiting Mutianyu over the other sites

How to get to Mutianyu from Beijing 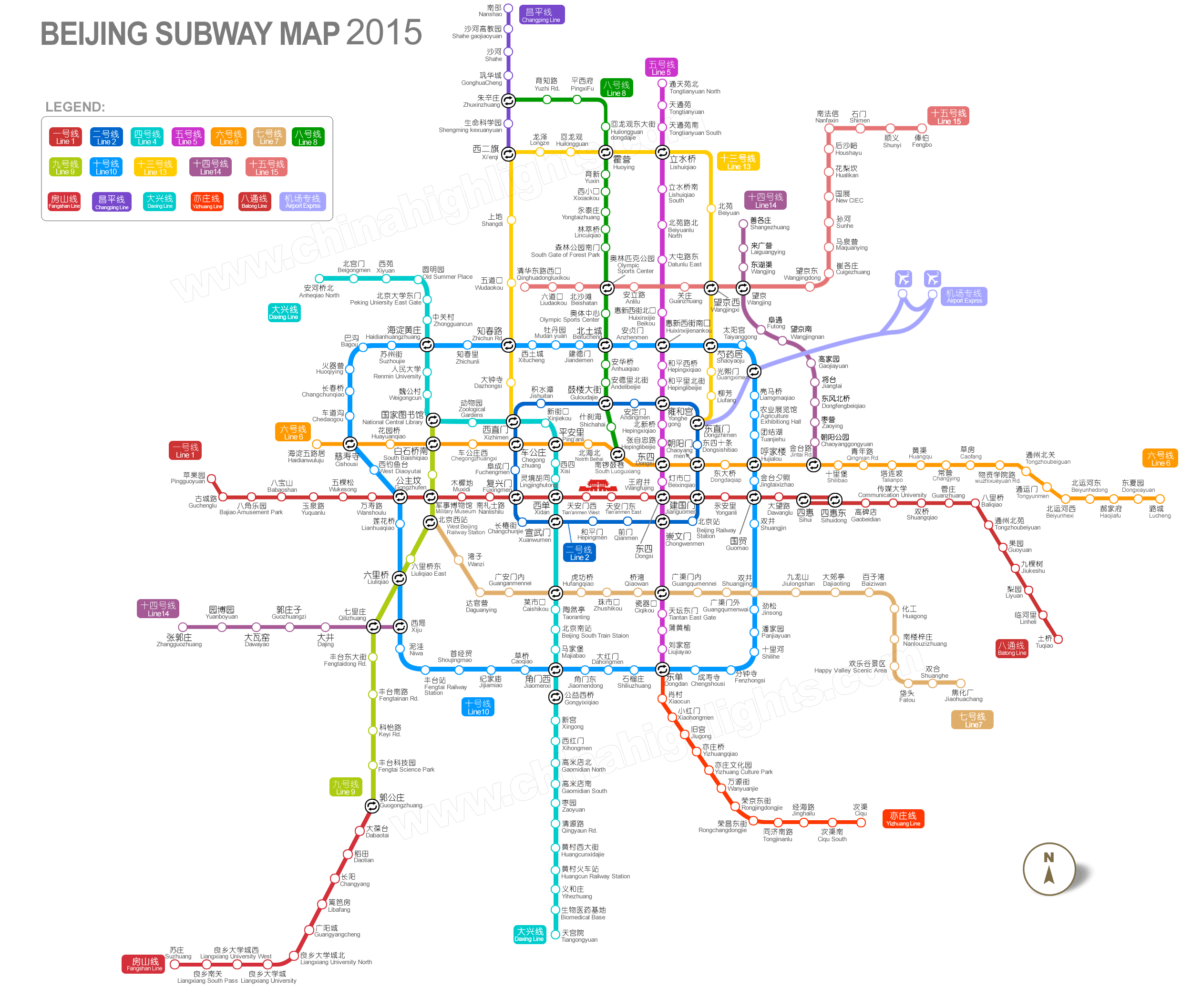 Take the extremely efficient Beijing subway system to Dongzhimen Station. The subway is by far the most cost-efficient way to navigate Beijing, but at first, it will seem a bit overwhelming for some. Use the automated machines to get tickets for where you want to go. Make sure you check the signs on the platforms and stand on the side going the direction you want to go. Check the maps above the doors once on the train to see your stop in relation to the train’s current location.

Once at Dongzhimen Station make your way to the bus terminal (aka Public Transport Hub) located inside the same massive complex (take the B-station exit). It is a large complex, but signs are clear and in multiple languages. The Bus Station is underground in what amounts to a massive parking garage type structure. The bus cue lines are clearly labeled and the buses themselves have the numbers displayed on a digital placard.

Finding the Right Stop in Huairou 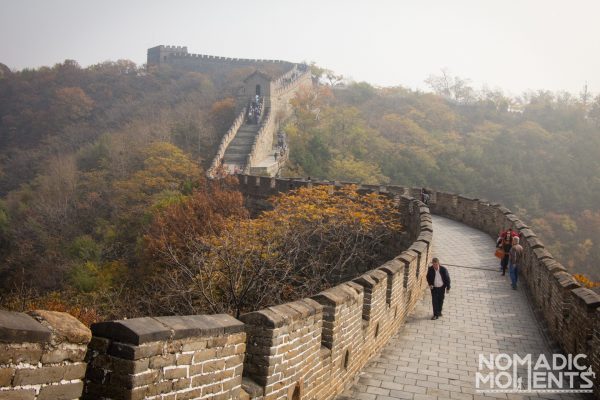 Take the 916 Express (12 RMB/person) to Huairou and get off on the Huairou Beidajie stop. Tell the bus driver that you want to visit Mutianyu and he will let you know when to get off and switch buses. It takes about an hour to get to Huairou. Huairou Beidajie is about the 6th stop in Huairou. Don’t worry people are nice and if you get off at the wrong location you can always find a minibus to Mutianyu, it will just cost slightly more (50-60 RMB from Huairou).

Once at Huairou Beidajie wait for the H23 or H24 local bus (5 RMB/person). It will go about 18km and Mutianyu will be about the 8th stop. 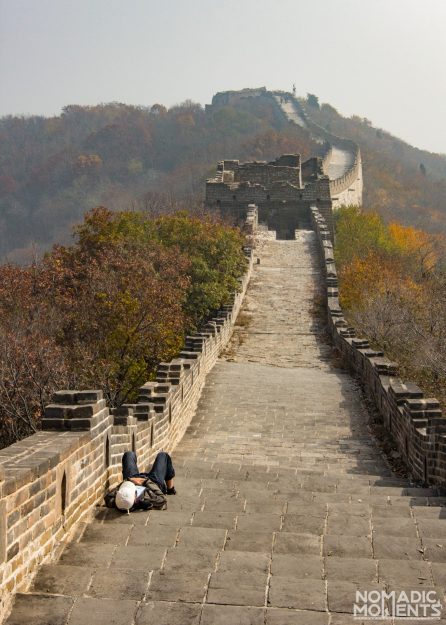 Rejoice, because you have made it. Make note of where the bus drops you off as this will be where the bus will pick you up and how you make your way back. You will not be able to see the Wall from the bus stop. You will enter the park here, but you will have to take a park bus the rest of the way up to where you can start your journey to the Wall on foot or take the cableway up.

If all of that sounded just a bit too complicated you could always hire a taxi to take you, it will just cost you substantially more. Keep in mind that most taxis in China don’t have meters on them so always negotiate the fare before you get in.

Know Before You Go 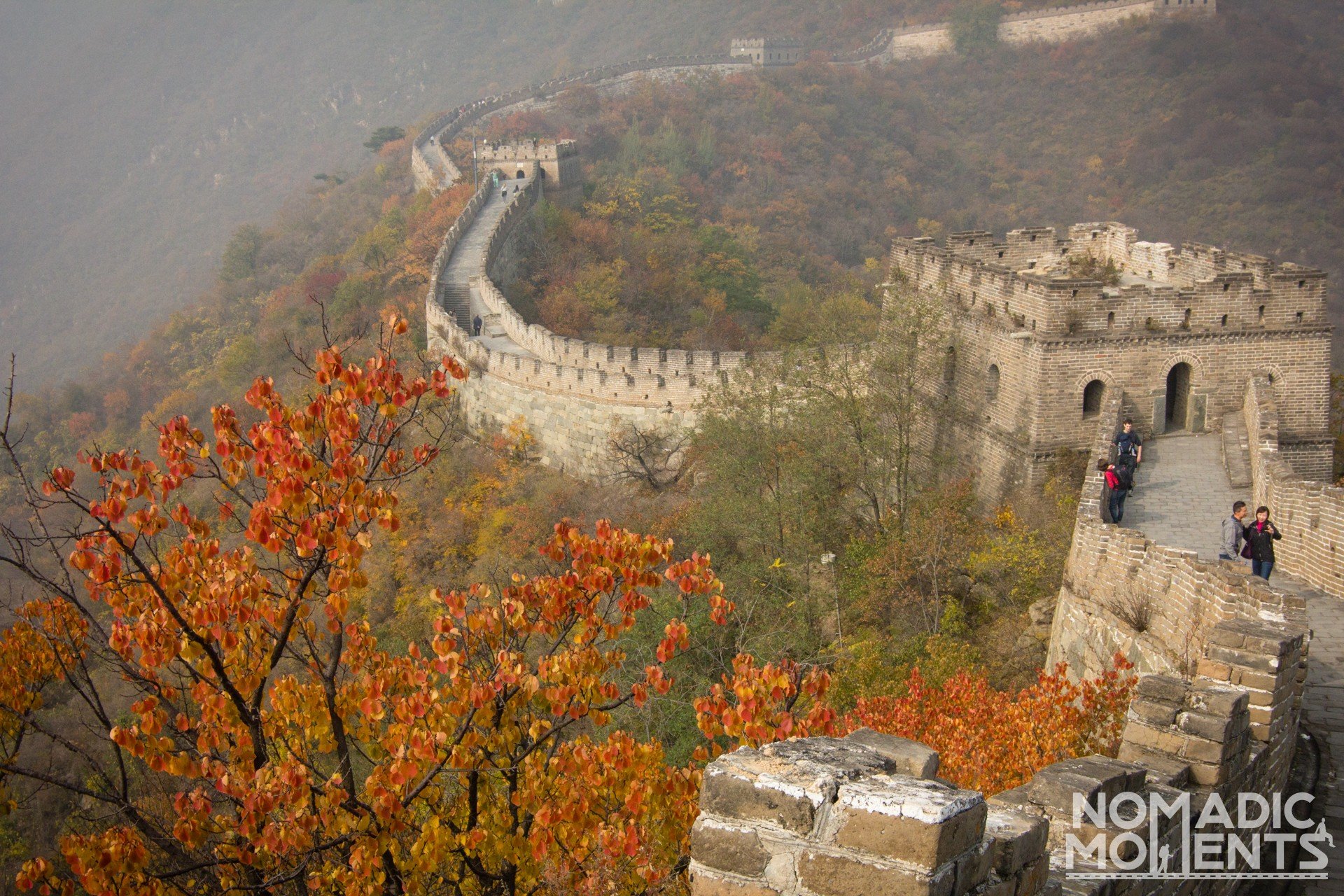 Did you find this Guide for visiting Mutianyu Helpful? Share it on Your Social Networks.

The Wall of Jiankou